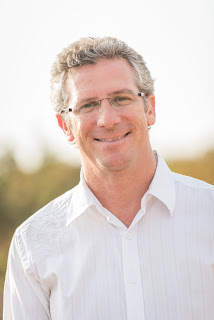 
Based in Netanya, Israel


Brian Slater was raised in a traditional but non-religious Jewish family in the San Fernando Valley in California. Before reaching his teens, however, he fell into drug and alcohol abuse. As Brian reached the end of high school, God rescued him out of the darkness to begin a new life of recovery and spiritual discovery with his Messiah Yeshua-(Jesus), in 1987.


As a result of his new faith, Brian felt called to reach those with similar afflictions. He received his certification as a Drug and Alcohol Counselor as well as his nursing license in Los Angeles. During this whole time, Brian spent most of his days working and ministering in drug and alcohol rehabilitation centers as well as locked down psychiatric units. His heart towards those suffering grew as he reached out to those in need of healing and deliverance, drawing on his life experiences and his study of the Bible and its power to change lives.


In 1996, Brian immigrated to Israel where he permanently resides, reaching out to God’s Chosen People.


Brian is CEO/Director of Abundant Bread of Salvation and has managed and established several others of the same works in Tel-Aviv. He has also established an additional new Food Pantry in the center of Netanya that serves many Holocaust Survivors amongst the 350 families he serves on a monthly basis. This same facility now also houses the ministry headquarters. He works at times as a nurse, giving free medical care and assists in directing the day-to-day operations as well as counseling in a Messianic drug and alcohol treatment center in Netanya. Over the last several years, Brian also has worked closely on many projects serving two local orphanages that house over 500 poor and needy children.

When we bless, feed and clothe the poor, addicted, foreigner and Holocaust Survivors, we glorify God and call attention to the truth of Messiah Yeshua!

+Please pray for more volunteers, intercessors and finances to keep this expanding momentum.
+Pray for the establishment of many more outreach centers that provide for the needy.
+Pray for abundance of food, clothing, furniture and other much needed materials.
+Pray for protection of all of our volunteer workers on the front line.